At the recent American Society of Breast Surgeons annual meeting, a study was presented demonstrating that women with breast cancer who underwent more recent mammographic screening were diagnosed with earlier stage disease and treated with significantly less aggressive therapies than those who delayed or never underwent screening. The research, conducted at Dubin Breast Center at Mount Sinai Hospital, involved more than 1,000 breast cancer patients and found that those who had a mammogram within 24 months of diagnosis had smaller tumors and were less likely to have been treated with mastectomy, chemotherapy and axillary node dissection than those who did not.

When stratified by age, patients 40 to 49 years old who never had a mammogram presented with later stage disease and required more involved treatments. Yet, under current American Cancer Society and U.S. Preventive Services Task Force guidelines, mammography is now classified as optional for segments of this age group.

This study commanded particular attention at the meeting of the leading medical society focused exclusively on the surgical treatment of breast disease because most research on benefits of mammograms examines the relationship of mammography to breast cancer mortality–not to the subsequent treatment regimens involved. More extensive treatment is not only difficult for patients but also for the medical system because it involves significantly more healthcare costs and resources. Therefore, the findings should be of particular interest to health care system executives.

In practice, many physicians  frequently witness the implications of this study in real life. For example, several years ago at a prominent hospital, a 45 year old female with no family history of breast cancer came in for a consultation after her yearly mammogram showed a small breast mass. On biopsy, it proved to be cancer. When examining her, I could not feel the lump (not surprising given that it was so small) and the lymph nodes in her armpit felt normal, with no obvious indication of cancer spread.

On that very same day, a second woman of a similar age also came in with a newly diagnosed breast cancer. She had never had a mammogram or ultrasound exam. The cancer was diagnosed after she felt a lump in her breast and noticed some nipple inversion. Her primary care doctor ordered a mammogram, sonogram, and biopsy, which ultimately led to her diagnosis. Examining her, I found that the lump was approximately 2 to 3 centimeters (over 1 inch) and seemed to be pulling on the nipple, leading to inversion. A lymph node under her arm felt enlarged. I was concerned that the cancer had taken the first step to spread.

The first woman underwent a lumpectomy (which removes only a small portion of the breast including the tumor and a rim of surrounding healthy breast tissue) and a sentinel node biopsy (which involves removing a few lymph nodes under the arm to check for spread). This surgery took 45 minutes, and she went home the same day. Her lymph nodes were normal, and no further surgery was required. She underwent a course of radiation treatment (standard for women who undergo lumpectomy) and took medication to reduce the risk of cancer recurrence. She required no chemotherapy.

The second woman underwent a mastectomy due to her large cancer, as well as more extensive lymph node removal, given that the cancer had already spread. Her surgery, which was combined with simultaneous reconstruction, took four hours, and required overnight hospitalization. Her surgical treatment also involved subsequent procedures to complete the reconstructive process. She was then treated with chemotherapy, radiation, and a course of medication that will probably last 10 years. Five years later, both women are doing well, with no sign of recurrence. But the second patient experienced a much more difficult and painful road to recovery.

Today, the cure rates for all types of breast cancer have never been better, with an approximately 90% overall survival for women newly diagnosed. Between 2000 and 2010, the death rate from breast cancer dropped almost 2% per year, meaning that 20% more women diagnosed after 2010 are expected to survive then survived with a breast cancer diagnosis ten years earlier. More good news: For certain subsets of patients, the likelihood of survival may approach 98-99%. Knowing this provides understandably anxious patients with an unprecedented reason for optimism.

These profound improvement can be attributed to two factors: earlier diagnosis leading to higher cure rates (as with our first patient), and better, more targeted treatment options for those diagnosed later or with more aggressive tumor types (as with the second).

For 40 years, data has clearly shown that mammograms save lives by detecting cancer at an early stage. Significantly, mammography is the only screening modality proven to decrease breast cancer mortality through early cancer detection. Less recognized, however, is the impact of early detection on decreasing the need for aggressive, extensive treatments including surgery, chemotherapy, medication, and even radiation.

The majority of women diagnosed with breast cancer will opt for a lumpectomy (a smaller, shorter, less disfiguring breast operation) over a mastectomy when possible. However not all women can safely be offered lumpectomy. Larger tumors and more extensive disease decrease the likelihood of a successful lumpectomy, and tumors found through mammograms are significantly smaller than those identified during a manual breast exam.

Additionally, larger tumor size is one factor that predicts that cancer has spread to the lymph nodes, which often warrants more extensive node removal. This increases the risk of the difficult, chronic arm swelling known as lymphedema. In addition, lymph node spread is a critical factor in the need for chemotherapy because once cancer spreads to the lymph system. It is more likely to have disseminated in the body. Chemotherapy is associated with a variety of undesirable side effects: neuropathy, nausea, the dreaded hair loss, and even secondary malignancies including leukemia.
Clearly, mammography not only saves lives but also spares many patients less aggressive, extensive treatments, with potential long term difficulties.

The recent study was the first to our knowledge to show that women who had had more recent mammograms leading up to their diagnosis were less likely to require aggressive treatment regimens. The findings provide important discussion points for women who are deciding whether to take advantage of recommended breast cancer screening.

In recent years, the United States Prevention Services Task Force (USPSTF) and the American Cancer Society (ACS) have changed their recommendations regarding age to start mammograms and frequency thereafter. These organizations are inconsistent regarding guidelines, with USPSTF recommending only selective mammographic screening between the ages of 40-49, and ACS recommending starting at age 45. Furthermore, these organizations changed their recommendations to decrease screening mammogram frequency from yearly to every two years for certain age groups. These new guidelines represent changes from the previous, consistent and more straightforward recommendations for yearly mammograms starting at age 40 for the general population.

The new guidelines have net effects of reducing the overall number of women recommended for mammography. The impetus is not entirely clear: cost cutting? Pressure from insurance companies? True concern for patients regarding false positive findings generating unnecessary additional tests and anxiety? Whatever the reason(s), the waters have become muddied for both patients and their doctors regarding when and how frequently to screen.

Women who chose not to undergo mammograms not only have a higher chance of dying from breast cancer but according to our data, a higher likelihood of requiring more aggressive therapy. This information should be part of the conversation when weighing the risks and benefits of mammography. If, in fact, cost cutting by minimizing mammograms and biopsies was the motivation behind these guideline changes, this may result in simply kicking the cost can down the road. More aggressive treatment will be required to treat later stage cancers. Chemotherapy and aggressive surgery is expensive.

Circling back to my two patients, it is impossible to know for sure whether the second woman would have benefited from mammography: perhaps she had an extremely aggressive breast cancer. And let’s not forget that mammograms are not perfect, missing 10-15% of all breast cancers; one reason for supplementing mammography with ultrasound and even MRI is to close this gap in women at increased risk for breast cancer. But data shows that for most women, mammograms do save lives, and save lives with less aggressive therapy.

We hope that one day soon breast cancer can be prevented or that biologic agents will simply melt away tumors with few side effects Medicine is progressing at an astonishing pace. But, unfortunately, that day is not today. Today what we have is mammography. 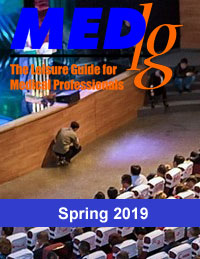