ORA Orthopedics, a 40-provider multi-specialty orthopedic practice with seven offices in the Quad City area of Illinois and Iowa has discovered the benefits of advanced digital radiology even for an orthopedic practice with limited imaging demands. The technology, which represents ORA’s first digital radiology implementation, has realized major improvements over existing computed radiography (CR) in image quality, exam volume, patient set-up time and overall satisfaction among patients, physicians, and technologists.

“We are very large and busy practice. ORA has 10 x-ray suites across our facilities, which used CR in a prone imaging configuration prior to the new U-Arm DR. One room still uses film,” said Karen King, RT, Radiology Manager for the practice. “The transition to the Viztek solution has reaped such significant benefits that we have already ordered a second unit.” A high image volume, multi-specialty orthopedic practice, ORA completes about 200 x-ray exams daily.

King notes that with the unit, patient positioning is significantly faster because only approximately five percent of the exams require patient imaging on tables and the U-Arm enables these patients to stand during their exams. The unit delivers completed images in four seconds. “Viztek’s U-Arm makes upright imaging the norm, and that is a significant time-saver,” she says. “Before the technology upgrade, the back-up in x-ray was always keeping our physicians behind. It was a major issue. Now in the DR-enabled location, the improvement in overall workflow has been tremendous. The difference is really like night and day.”

King also reports that the image quality is far superior to the existing CR exams. “The physicians are extremely pleased with the exam results, while the technologists appreciate the easier set-up and faster throughput,” she notes. “It has been a win for everyone involved.”

She adds, “With innovative stitching software, we can expand use and have an interface that supports advanced imaging requirements. ORA requires very specific views for their physicians and with the new solution, the technologist can have pre-loaded stand movement and all APRs for faster movement.” 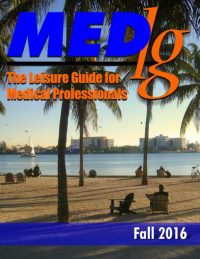