Just south of the fashionable Miraflores district of Lima lies the small (1.4 square miles) but dynamic Barranco district, hard against the Pacific coastline. If one is staying in the Miraflores district, one may spend a leisurely afternoon or the whole day exploring its many shops and galleries. If one still has energy left the district boasts many fine places for dining and, later, night clubbing.
In the late 1800s and early 1900s, the district was the summer playground of the wealthy families of Lima. Magnificent mansions overlooking the ocean were built, many in a French inspired architectural theme. During this period many of the more well-known landmarks of the district such as the Bridge of Sighs and the public library were constructed.

Unfortunately, as the 20th century progressed, the area fell out of favor and became generally run down (and perhaps even a little dangerous). Today, however, a renewed interest in the district has brought an influx of restaurants, galleries and nightclubs. One may also see many of the old mansions restored, either as residences or galleries.

Barranco is a reasonable walk from the hotel area of Miraflores. One can access Barranco either along Avenida Armendariz or Avenida Reducto. However, in using either approach, one must cross Avenida Circuito de Playas (the beach highway) that cuts across both with a somewhat confusing array of crosswalks and streets to navigate to finally enter Barranco. If one is leery of dodging traffic, one can either take a taxi to Avenida Almirante Michael Grau past the beach highway or simply go to the main square of the district.
Assuming one has been adventurous enough to cross the beach highway on foot, follow Avenida Almirante Michael Grau for several blocks (passing a number of new construction zones and bohemian bars/restaurants) then turn right onto Avenida El Sol Este. One block going towards the ocean is Avenida San Martin a main thoroughfare traversing Barranco. This block is the start of several blocks of old restored mansions that will eventually end at the main square.

As one proceeds down Avenida San Martin, look for galleries that display modern or traditional Peruvian art or cooperatives that offer a huge variety of crafts, furnishings, ceramics and art. Also, along the way or nearby is the well-known Museum of Contemporary Art (also known as the MAC) at 1511 Avenida Almirante Michael Grau, the Association Mario Testone (which exclusively displays the artist’s works) at 409 Avenida Pedro de Osma and, almost next door, Museo Pedro Osma (centered around the museum’s namesake personal collection) and the Lima Art museum (also known as MALI) displaying 3000 years of art at 125 Paseo de Colon.
Approaching the main square of Barranco, one will pass over the Puente de los Suspiros (Bridge of Sighs) where local legend speaks of the many unrequited lovers who mourned their losses on the bridge. If one is able to cross the bridge holding one’s breath, good fortune in love will follow. Below the bridge a small stream used to run to the ocean. This was been replaced by the Bajada de los Banos which fishermen used to go from their homes to their boats on the shore. Today the pathway has been made into a wonderful park with many fanciful sculptures. A smaller bridge down from the Bridge of Sighs is a popular spot for wedding photos (usually taken in advance of the actual wedding day).

Continuing south from the bridge one arrives at the main square of Barranco. While quiet during the day, here lies the heart of night life in the district. Colorful posters abound advertising all types of music and venues ranging from restaurants to concert halls. Around and just off the square are numerous restaurants offering a wide array of cuisines, although the area is well known for its creole dining.
Around the square also are a number of landmarks and museums. Here one finds the well-known Biblioteca Municipal de Barranco (public library) built in the late 19th century. Also, on the square is the Iglesia St. Ermita built after a miracle rescue of fishermen from peril at sea. Finally, the quirky museum of electricity is nearby at 105 Avenida Pedro de Osma.

If one has the energy to walk back to Miraflores, Avenida Saenz Pena parallels Avenida San Martin. This avenue offers many more examples of the turn of the century seaside mansions. 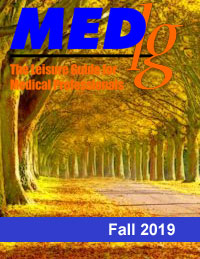