​
Art Wynwood, returned in February for its eighth edition at the Art Miami and CONTEXT Art Miami site at  one of the most prestigious and well-known waterfront locations in the City of Miami. The fair will open on Thursday, February 14​th with a VIP Preview benefiting the Institute of Contemporary Art, Miami (ICA Miami)​,​before opening to the public.

Since its inception in 2012, Art Wynwood has become the premier winter destination for contemporary and modern art in South Florida. The fair offers the chance to acquire the finest works from emerging talent from the contemporary market, mid-career artists, and blue-chip contemporary, post-war and modern masters, including a dynamic array of murals, pop surrealism, street art and other genres.
This year, the world-renowned ​Miami Yacht Show will debut alongside, and in partnership with, Art Wynwood at the One Herald Plaza location. The in-water display of new and pre-owned vessels will showcase the world’s most extraordinary and uniquely designed yachts and superyachts from the world’s foremost custom boat builders.

Each year,  Art Wynwood attracted more than 25,500 prominent collectors, curators, art advisors, designers, and art aficionados​from around the world, and this year, it continued on the heels of the success of Art Miami and CONTEXT Art Miami to draw notable attendees to the new waterfront location. The fair offered a diverse selection of artworks presented by over 65 galleries from more than a dozen countries, including Germany, Chile, Russia, Austria, France, the United Kingdom, Mexico, Switzerland, Colombia and the United States.

● This year’s fair highlights included artist ​Ron English​ as honoree with the fifth ​Art Wynwood Tony Goldman Lifetime Artistic Achievement Award ​ presented by ​Jessica Goldman Srebnick​, CEO, Goldman Properties, ​The Goldman Family​, ​Nick Korniloff​, Director, Art Wynwood, and ​Asli Unal​, Associate Director, Art Wynwood, during a private dinner. Presented in partnership with the ​Wynwood Walls​, the Award acknowledges individuals in art whose careers have changed the industry. English coined the term ​POPaganda ​ to describe his trademark fusion of high and low imagery, mixing superheroes and comic strips with art history iconography in his prolific and ubiquitous paintings, billboards, and sculptures. English has imagined a vast, and still growing, roster of characters, including ​MC Supersized​ , his obese fast-food mascot that was featured in the 2004 documentary ​Supersize Me​ , and ​Abraham Obama​ , a mash-up of America’s 16​th​ and 44​th​ Presidents. He is best known for combining expert craftsmanship with a cynical, humorous critique of American culture. Limited seats available. To purchase tickets, visit ​artwynwood2019.eventbrite.com​

● Artsy.net​ is the Official Online Partner of Art Wynwood. Art enthusiasts can use Artsy to browse exhibitor booths, make inquiries on available art works, and access fair information online via Artsy.net and the Artsy app for iPhone & iPad. Artsy’s exclusive online previews will launch in advance of the fair with a special first-look for press and VIPs. ​artsy.net 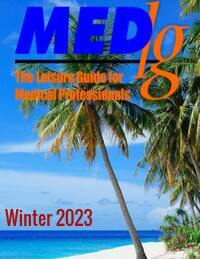